Back to School Cupcakes ~ PhD Life!

Happy Back to School week everybody!  If you or your little ones went back this week I hope everything went smoothly and everyone is having fun!  I started back at piano teaching this week, and starting next week it's all back to the usual super craziness that September brings!

This semester is super exciting in our house because my husband gets to teach his first class this year!! He's a psychology grad student halfway through his PhD program and has done a couple of guest lectures in the past but this semester he got the job!  His own class teaching intro psych :-D  SO PROUD!

I wont gush too much, because well, he'll be the one proof reading this post, and mainly it's about the cupcakes... I thought I'd just set the scene, and explain why there is less pencils and apples and more brains and textbooks!  It's a PhD life back to school rather than kids elementary!  Hope you still like them :) 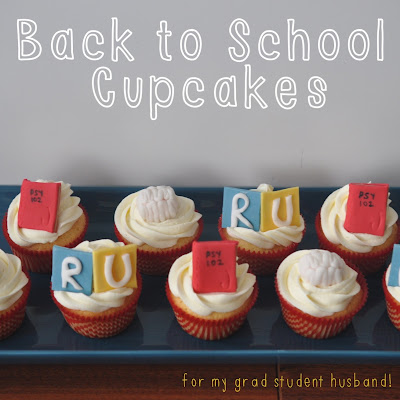 I made a batch of 12 vanilla cupcakes (see the recipe below) before getting to work on the fondant cupcake toppers.

I first rolled out some brown fondant and made some small rectangles.  About an inch tall.  These would be the pages inside the red fondant cover.  This red fondant was slightly different to the white and coloured one and didn't hold together as well after rolling out and wrapping around the brown pages.  After trying to fix it a couple of times, I left it and looked and was actually more happy with it in the end!  I liked the slightly cracked spine-of-text-book feel to it!

The stamped 'J' was made from a few snips of a paper clip to get the correct size and then pressing into the corner of the text book... just to give it some personalisation!

The PSY102 text was done using an edible black marker pen that I use only occasionally, but for this - was perfect!

BRAINS!  Being a psychological science student a lot of Jonathan's work is based around the brain!  Cognitive neurosciencey kind of stuff.  For me, this means a fun thing to create out of fondant!

I started with a blob of fondant (I think mine were slightly orange, just what I had...it wouldn't be seen!).  I then rolled out some thin sausages of white fondant and starting in the middle at one end started weaving side to side until I got to the other end.  I then did one side, and then the other side of the brain until squiggles were everywhere.  Anatomically incorrect yes, but I think the effect was there :-)

And the final cake topper in the set was to represent Ryerson University with it's colours and logo. 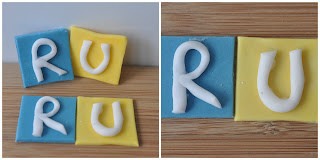 Squares of blue and yellow fondant, with letters created of white fondant tubes - slightly thicker sausages than for the brain.  I glued the letters down with royal icing and left the squares separate so they could be stood next to each other, rather than in a straight line.

So cupcakes were cooled down, and fondant cupcake toppers were prepped.  Time to assemble! 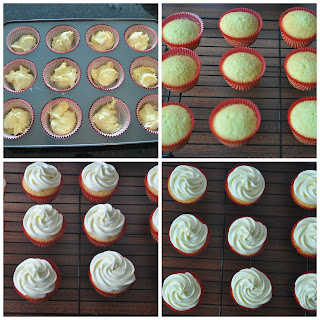 For the buttercream I used something new and exciting that I picked up in good old Sainsbury's when I was back in England in August.  I love going to the baking aisles when I'm home and seeing all the different things they have!  This time I picked up COLA FLAVOURING!  This was an obvious choice seeing as my husband is a HUGE Diet Coke fan!  (Did you see the birthday cake I made him?!).  And this was my first opportunity to use it!

As I hadn't used it before, and there were no real recipes for using it (only so many for coca-cola cake using the actual drink) I didn't want to risk the taste of the cake.  Instead I chose to add it to the buttercream, substituting the vanilla essence or lemon extract I often use.

I was really pleased with how it turned out and the cola flavouring really came through.  I love that it was a classic cola taste - kind of like cola bottles or cola cubes instead of just the drink!

Buttercream piped, photos of the toppers done and it was time to assemble!

Lots of photos coming up!  I was really happy with these toppers so I went a little snap happy :-)  Keep scrolling through, the recipe is at the end :-P 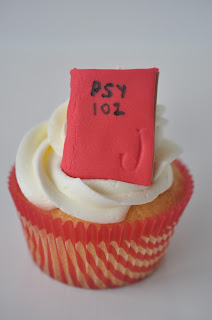 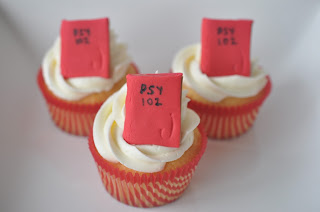 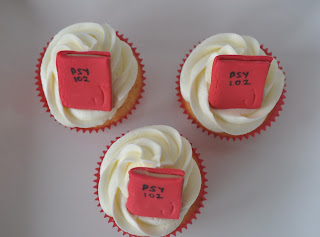 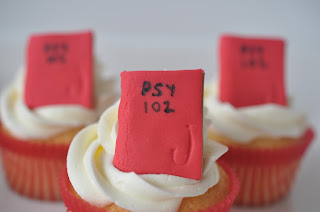 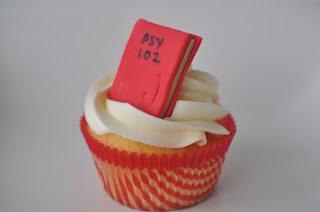 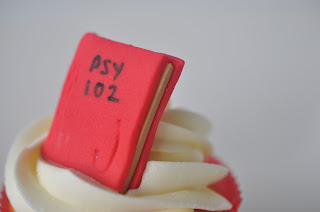 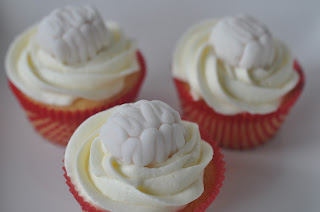 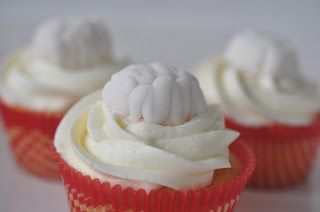 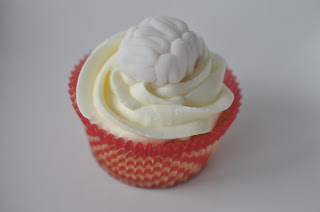 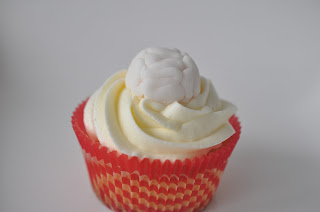 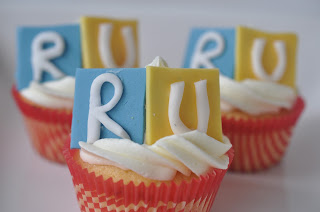 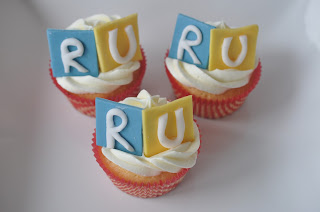 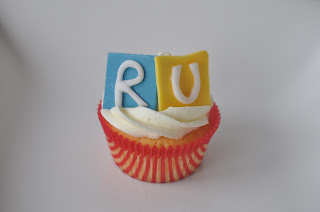 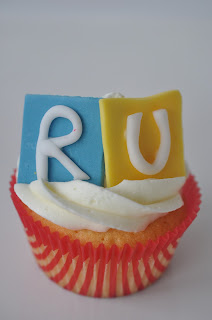 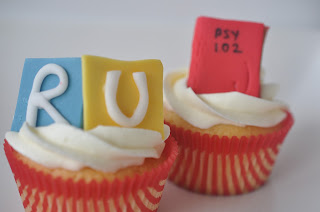 For the buttercream, which piped all 12 with just a little leftover! ...

1.  Beat butter until soft.
2.  Gradually add icing sugar.  I usually put a teatowel around my mixer when I do this to stop the sugar going EVERYWHERE!
3.  Add milk.  Keep beating until light and fluffy.  The more you beat it the more buttercream it seems to make!!
4.  Add cola extract.  Check the taste as you go! 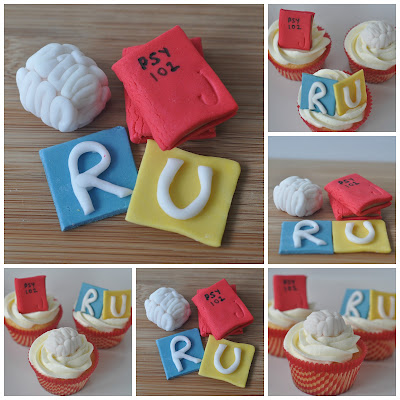 Super happy with these cupcakes, and even more excited and proud of my husband and his first lecturing post during his PhD ♥  Hope your back to school week has been a lot of fun, enjoy this weekend off!
Posted by Sew Lah Tea Dough at 10:00