Never Have I Ever...

Usually all of my blog posts are me raving about foods, and tastes and flavours that I love - but not this time!!!  It was time to bake something that I wouldn't even be tasting.  All for my sister-in-law's 25th birthday :-D 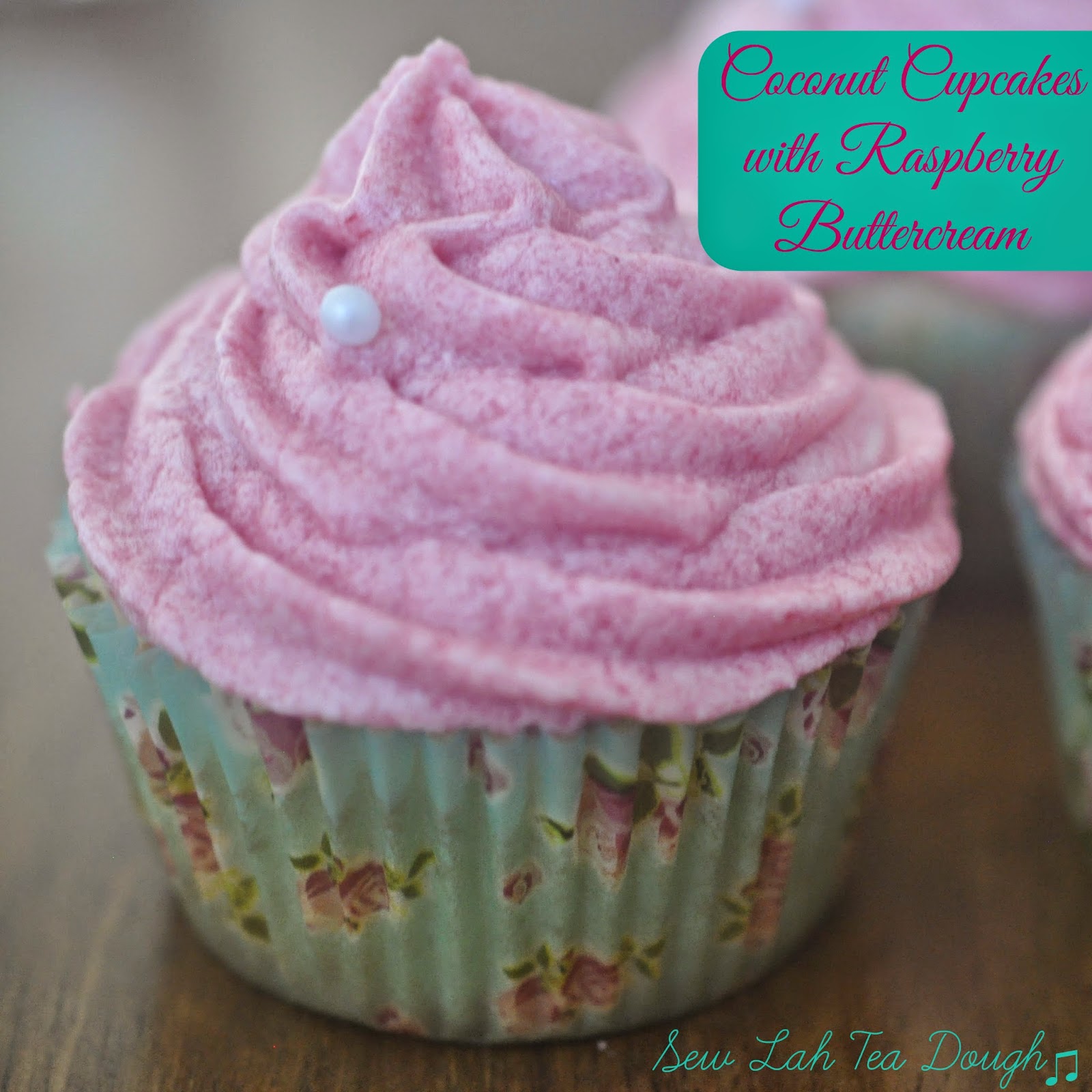 Not a fan of anything that tastes, smells or even resembles coconut - this was a big adventure.  I've never used it in any recipes but luckily I found a recipe that used both lemon rind and shredded, sweetened coconut in it, and we all know I really do love lemon!

I used the same real raspberry buttercream as in these cupcakes back in May... some issues with too-soft butter and consistency, I think from the fruit, led to some (... by some I mean a lot) of frustration but the buttercream still worked out and tasted good, even if the piping was not favourable in my eyes!

I baked a double batch of these cupcakes, taken from a Canadian Living recipe (using only the cake part not the frosting) - with a dozen being the coconut ones, and a dozen without the coconut to be a delicious lemon flavour to accompany the raspberry frosting!  I'll write out the recipe for 12, the original with both lemon and coconut and leave it up to you whether to include the coconut or not - each to your own :-P

1.  Preheat oven to 350°F and line cupcake tray with liners.

2.  In a mixing bowl, beat the butter with the sugar until light and fluffy.

3.  Add the eggs one at a time, beating after each addition.

4.  In a separate bowl, whisk together the flour, lemon rind, baking powder, salt and coconut.

*** N.B. When I did my double batch, I actually added in the coconut after everything so that I could use half the batter as only lemon, so that's why the picture of the coconut is into the wet mixture - not the dry ***

5.  Stir the dry mixture into the butter mixture, alternately with the milk in between - making 3 additions of dry ingredients and 2 of milk.

6.  Using a cookie scoop, spoon into the cupcake liners and bake in the centre of the pre-heated oven for 20-25 minutes.  The top should be lightly browned, springy to the touch and a cake tester should come out clean.

I noticed that without the coconut the cooking time was 18 minutes for me, but in the second batch that had the coconut inside as well - it was quite a bit longer, at around 24 minutes.

7.  Remove from the cupcake pan and let them cool completely before frosting on a wire rack.

8.  In the meantime you can make your desired frosting - try the real raspberry buttercream I used to complement both the coconut and the lemon flavours :-)  Click here for the recipe!

So, even with meltage of butter causing a meltdown - the cupcakes were piped, and coconut ones were "labelled" with white pearls as decoration (I did NOT want to bite into a coconut cupcake by accident!) and taken to the birthday celebration! 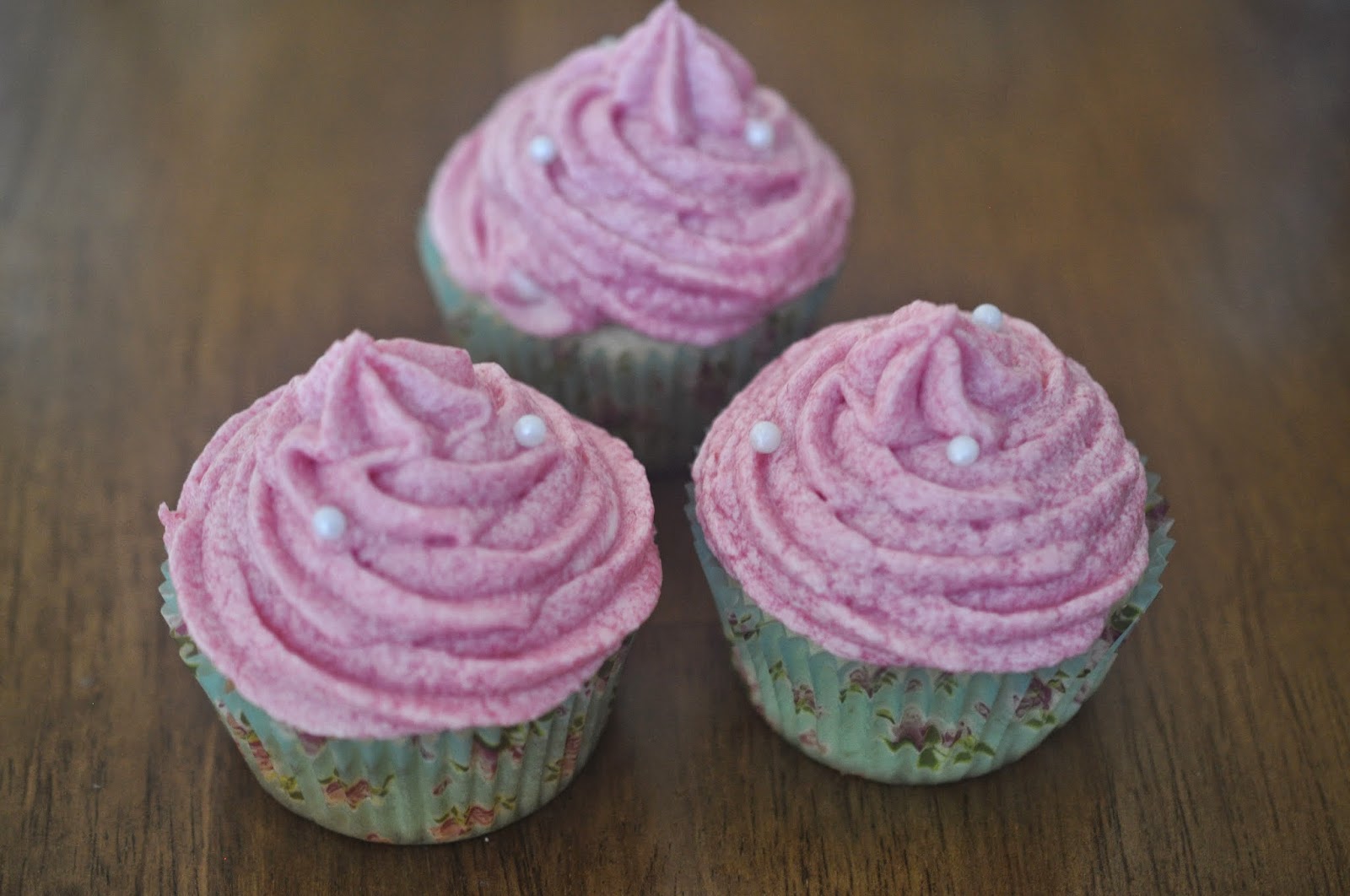 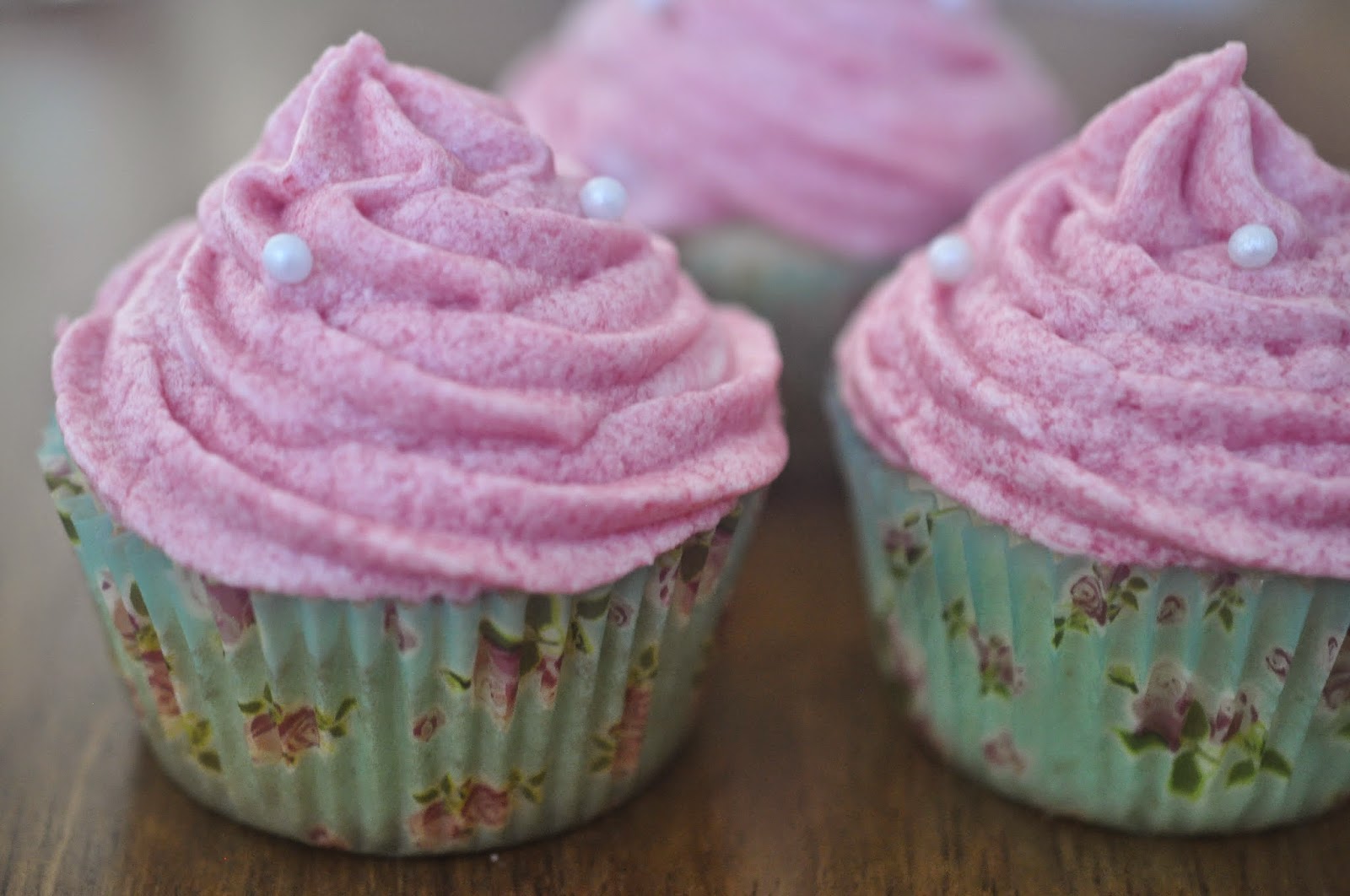 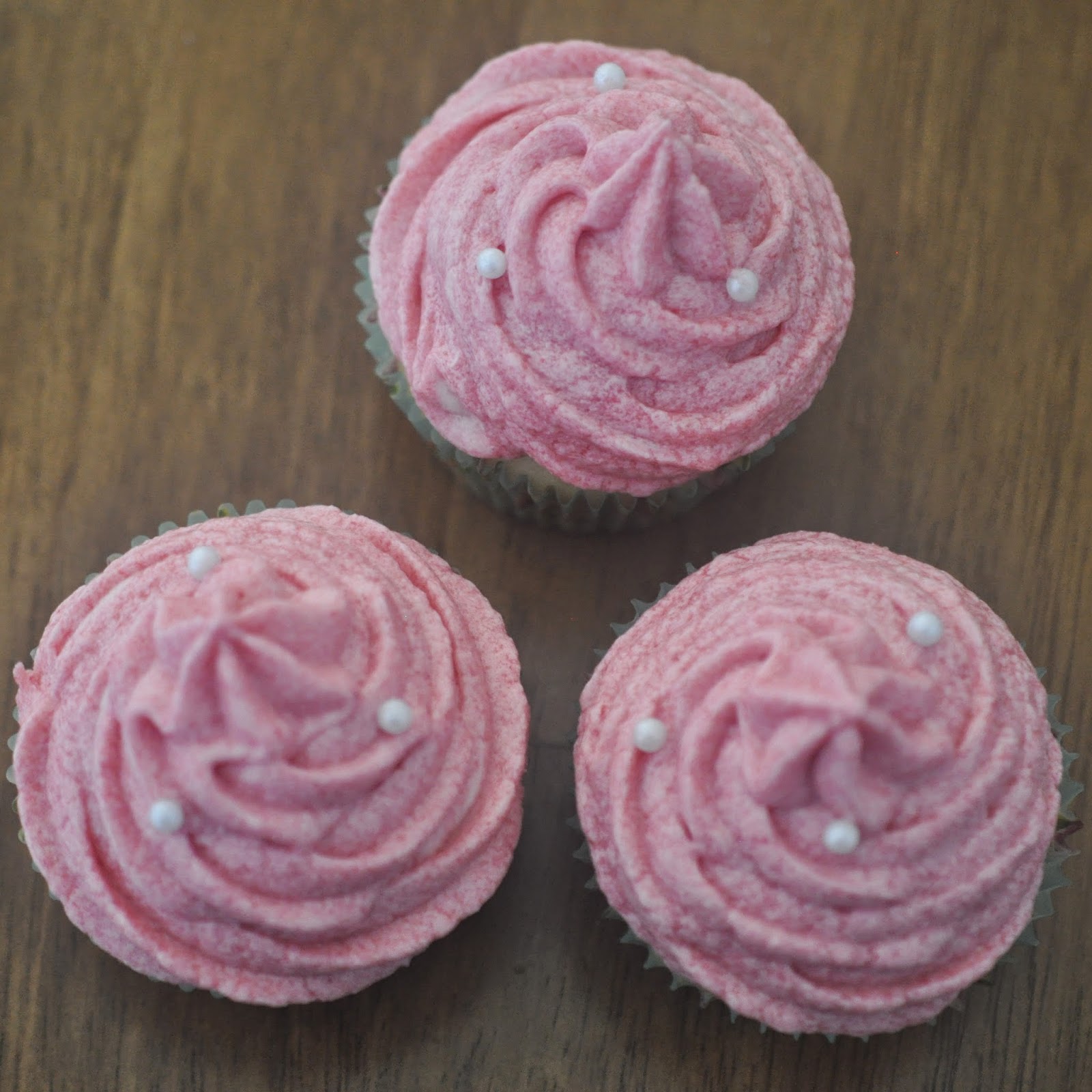 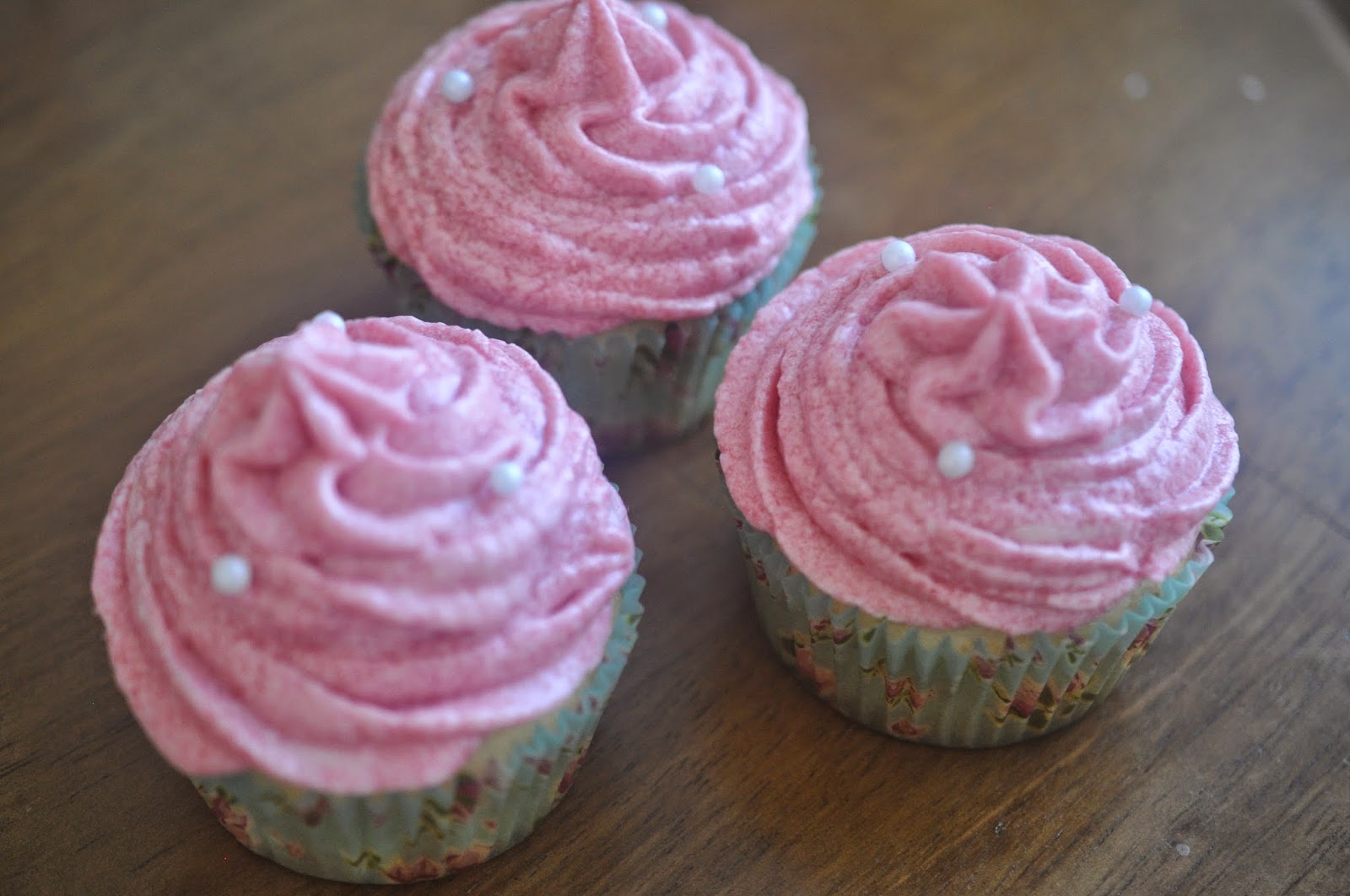 The cupcakes were shared with lots of family, and then friends at the start of this week too!  They lasted quite well, and the coconut was appreciated by fans of the strange flavour!! 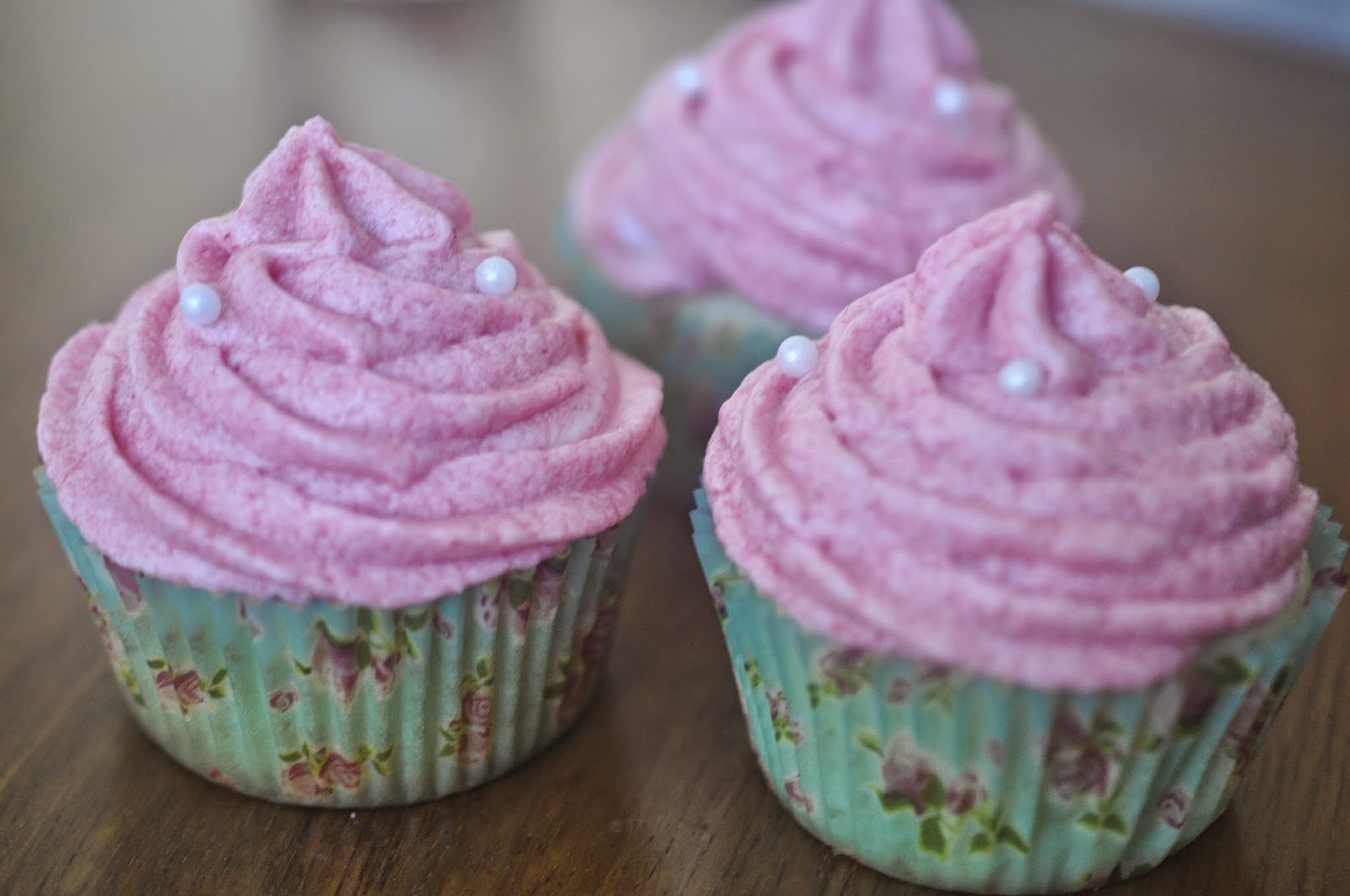 If you're a coconut fan like them, do give the recipe a try, or if, like me, do NOT like it - try the same recipe with only the lemon rind for the flavouring, that part was well worth it too!!  Enjoy this Summer treat :-D
﻿
Posted by Sew Lah Tea Dough at 19:45