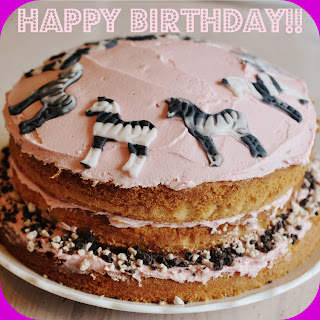 I'm back!  Yesterday I returned from a fantastic week spent in England with my family and friends who I miss SO MUCH!  We had a great time catching up, shopping for everything I can't get here in Canada, having lunches, visits and multiple cups of tea :-)

I was super excited that my trip (which was rather spontaneous and last minute!) coincided with my little sister's 20th birthday and she was planning on being home from her university house to have a family gathering with some yummy food!

One of the things I miss most about England is when the whole family gets together and I don't get to be there celebrating with them... as well as doing so much baking that I never get to share with them.  I did actually take a slice of last week's nautical themed earl grey tea cake with orange buttercream you can see here for my Mum to try!

So being there for my sister's birthday meant I could be involved with her birthday cake!  I had an idea a while back that I would take zebra fondant cupcake toppers with me and bake the cupcakes the day before... but on talking with my Mum before I got there she said she didn't have a real idea for a cake yet and it might end up being something plain, so we combined our ideas and my fondant cupcake toppers became the cake decoration, yey!

We decided on a basic vanilla sponge recipe:  6 oz of self raising flour, 6 oz soft butter (we used baking margerine which I have never used before but it was in Mum's fridge!), 6 oz caster sugar (finally REAL caster sugar thanks England!), 3 eggs and a teaspoon of vanilla essence and just mixed all of the ingredients together!

Cooking in a kitchen that is not your own is weird... not neccessarily bad but weird.  Not your measuring equipment, not the pans you usually use, everything in a different place etc...  I like my kitchen and my oven best of course, but I'm sure everyone does!

One of our first dilemma's was which pan to use.  We had about 13 people coming for food so needed a cake big enough for around 15... There were no 2 matching tins which would have been big enough.  So instead we decided on one 8 inch springform sitting on top of a 9 inch pan.  This would be okay as I had the zebras that would sit on the edge which would be on show.

Hmm.  Problem.  The cakes were ridiculously thin :-(  How this happened we have NO clue.  I was sad.  So Mum did the next batch all in the smaller pan this time and still no luck but now at least we had three tiers big enough to feed everybody!  Was it the baking margerine... was it the flour... was it the pans... was it the batch?

I usually do a 4oz ratio in two 9" sandwich tins so why more ingredients wouldn't work I do not know but I know that it always works for me at home so that is weird but it's done now.  If the next cake I make here is bad then there's a problem however! 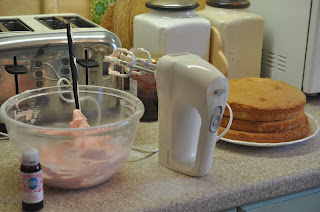 The next morning (her birthday!!) I made pink buttercream, and filled the cake with strawberry jam and the frosting.  All spread out on top it was ready for the fondant cake toppers I made when I did the nautical cake and took 3000 miles to Manchester!! 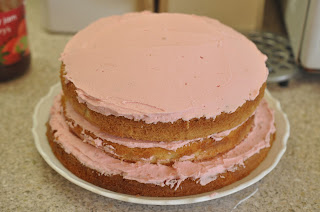 I actually changed my mind in the end, and placed 8 zebras around the top of the cake, I way prefer the more defined black and white zebras rather than the slightly more smudged grey ones!  The crumble around the edge is a cookies and cream crumble also taken with me from my baking cupboard! 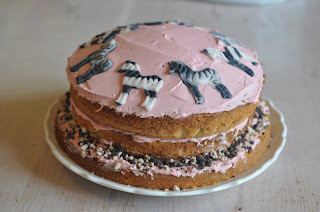 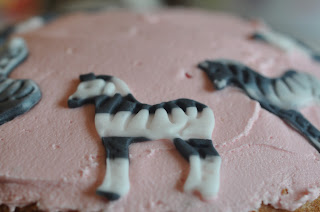 I made the striped zebras by using white fondant, and coloured black fondant rolled out and cut out into little strips.  I then alternated black and white strips and lay them side by side before rolling a little more to put them together.  Then I used a zebra cookie cutter that has a plnuger to stamp the cookies (or for me, the fondant) with stripes!  I love these stamper cookie cutters - but my favourite so far is still the elephant I used in the baby boy cupcakes ♥ 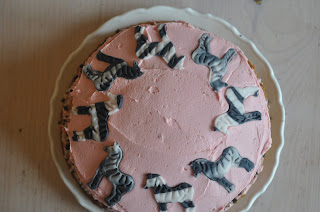 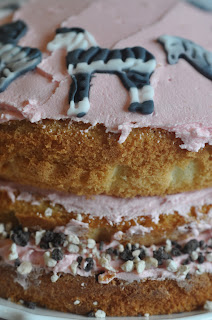 All baked and done, time to find 20 candle holders!  Thanks trivet for being so kind and holding them so well for me!! 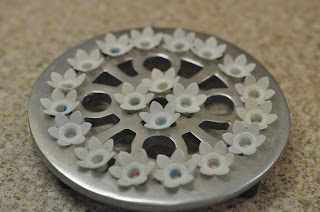 We had a DELICIOUS spread, English style BBQ where the meat is cooked indoors!  But boy it was good!  Finally got to enjoy some real sausages, my favourite kind!  Burgers (including lamb and mint sauce flavour!), chicken, my Grandad's homemade pizza YUM!  Salads, cous cous, crisps etc... 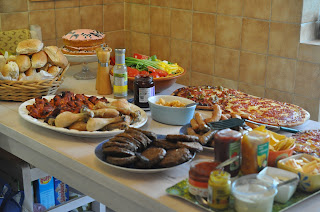 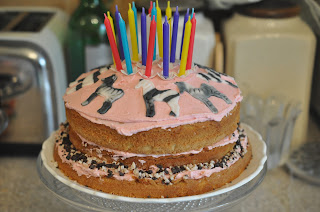 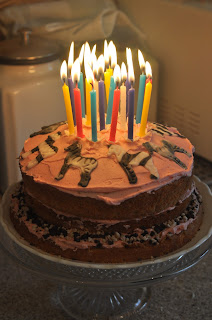 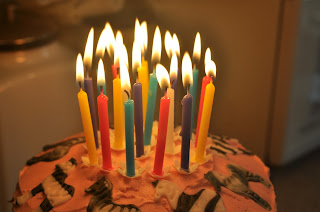 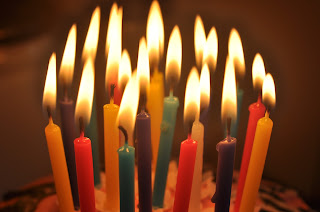 Time to eat cake!  It perfectly fed all 13 of us, with a slice for my Aunt who couldn't be there and a little chunk leftover :-) 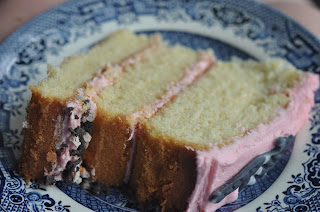 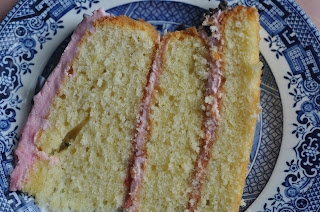 We had a fun morning of presents (I bought her a mini cupcake tray with a recipe card entitled 'Eat more because they're mini' hehe isn't it true?! ... Along with some cupcake liners and other fun things!  Oh, and in case you're wondering - zebras used to be her favourite animal!

Excited to be back in Toronto now, with LOTS of new crafting and baking supplies!  Can't wait to use them all and share them with you!  Be back soon with more Summer posts!
Posted by Sew Lah Tea Dough at 11:28