YUM rhubarb!  And even better, bonus rhubarb given to us :-) 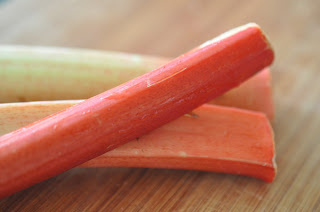 We did plant some rhubarb up at the cottage on Victoria Day weekend, but well, we haven't been back yet... we're obviously not tending to it very well (hopefully the combination of sun, rain and the crazy mix of temperatures have done good things for it!) so definitely haven't had any produce from it yet.

So, getting some fresh rhubarb unexpectedly last Sunday was definitely a bonus!!  But what to do with it... We didn't have loads, and having just baked brown sugar and coffee mini muffins that morning, a crumble or pie wasn't really high on the list of things to bake...there are just two of us after all and there's only so much we (at least, I) can get through in a week!

So, with rhubarb being Jonathan's ABSOLUTE favourite flavour, favourite filling, favourite ANYTHING we had to do something great with it.  *Puts thinking cap on*

Last Summer after our amazing trip driving and camping around the east coast of Canada, the last few days of the trip were spent travelling back home, returning through a little of the east coast of America.  Some amazing flea markets and a quick stop at some small fishing villages and a stop in the beautiful town of Belfast, Maine... Okay why am I telling you all this little story... well in Belfast we found an amazing soda shop, called 'Dave's Old Fashioned Soda Fountain' serving all kinds of sodas in all kinds of flavours.  Flavour of the day was Strawberry... Jonathan ordered a large... Only to be told it was actually Strawberry-Rhubarb, was that okay?  IT WAS LIKE 10 YEARS OF CHRISTMAS COMING ALL AT ONCE!  For real, he was so excited.  Strubarb SODA!?

And yes, it was really that good!

So... with this in our memories from last Summer, and with the addition of Jonathan's Soda Stream I bought for his birthday present we got to making some syrup so we could enjoy rhubarb soda without travelling 11 hours to get back to this soda shop (yes I know, I'm sure somewhere else serves it here in Toronto too, we just haven't come across it!). 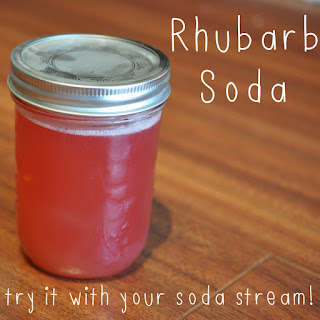 We made a basic syrup using:

First things first, chop the rhubarb!  Since we though we might want to do something with the remaining fruit once the syrup was strained, we cut it quite thin, but not too thin!  Judge for yourselves from the pictures!! 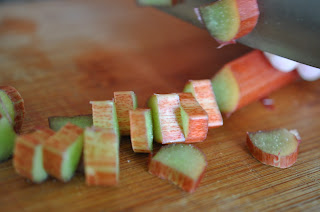 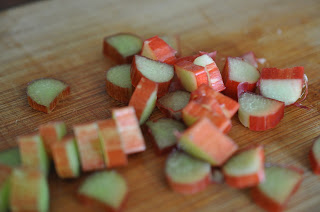 4 cups see!!  We were actually surprised we got this much... from around 6 or 7 stalks of rhubarb. 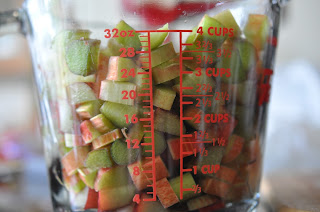 Add the sugar, water and rhubarb to a large saucepan. 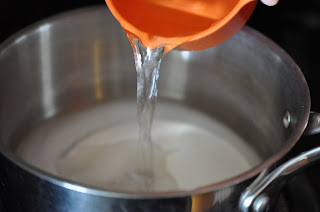 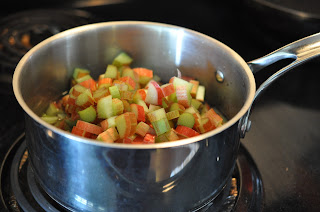 Bring to the boil.  Once the water is boiling turn the heat down to a simmer. 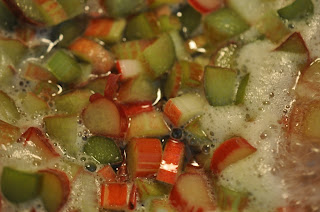 Leave to simmer gently for around 20 minutes, until the liquid has started to thicken a little. 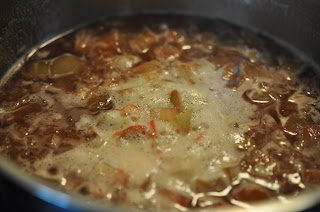 We then strained the liquid into a bowl through a sieve.  The liquid was an amazing pink colour, whilst the remains of the rhubarb, perhaps I'll call it the pulp - stayed in a nice big clump... what to do with that!?  Keep reading... 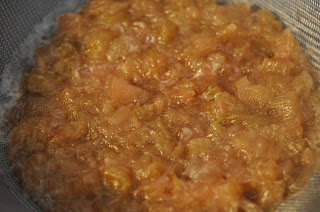 When the syrup was cool we put it into a mason jar and kept it in the fridge!  For about 250ml soda (in my new favourite super cute coca-cola glasses) we put in 2 tablespoons of syrup, but it is really to taste - I have a feeling Jonathan put in more to get an even bigger rhubarb flavour :-P 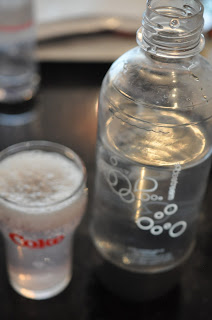 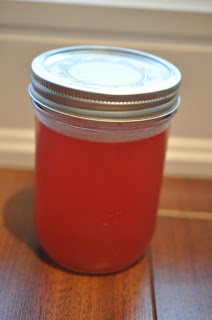 The remaining pulp like part of the rhubarb fit a small mason jar perfectly, and seemed like an ideal consistency exactly what you'd want for spreading on toast!  Not exactly jam, no jelly like part, but rhubarb spread! 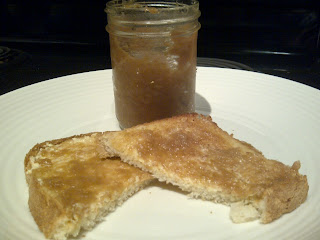 So far we have enjoyed a pink rhubarb syrup soda stream drink this weekend, as well as a few slices of rhubarb spread on toast as a little snack :-)  ... Tea, a drink with jam and bread right?! 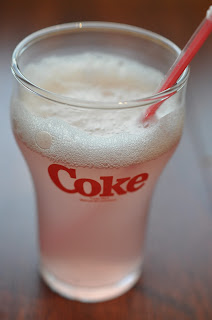 Try it out with this season's rhubarb!

And don't forget my new Facebook page is always looking for new followers and friends!  Click here to 'Like' my page and get Sew Lah Tea Dough updates right to your newsfeed.