After 4 months of the NHL Lockout HOCKEY IS FINALLY BACK!!!!  And last night we saw the first game of the season that should have begun back in September.  Of course we needed to celebrate and I had a cake I wanted to try out!

A few months ago I decided I wanted to try working more with buttercream frosting.  I have already played around with fondant a lot but to keep things simpler why not try just using buttercream that I would be making for a filling anyway, so this was what I tried!

A simple Victoria Sponge cake subbing out some flour for cocoa powder made it a chocolate cake and then white buttercream for frosting.  Colouring a little of the remaining buttercream red and blue and consulting my rules expert husband for details on the lines and proportions I was ready to go! 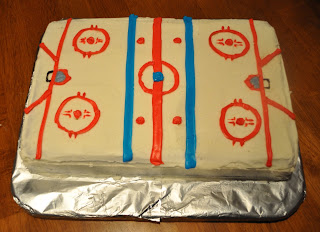 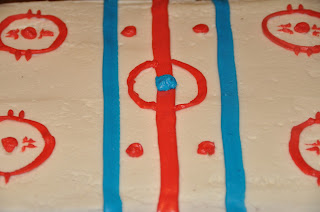 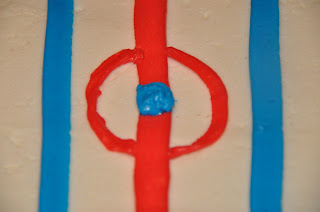 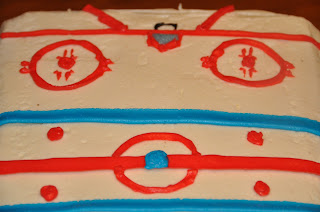 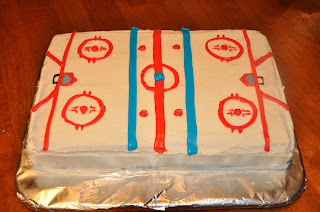 We headed over to over friend's place for wings and LEAFS!  Annnddd they won!  I guess we have to eat wings and bake this cake EVERY Leafs game of the season now!  With 47 games to go we'll see how that pans out!